Coming Out – A Feature Documentary 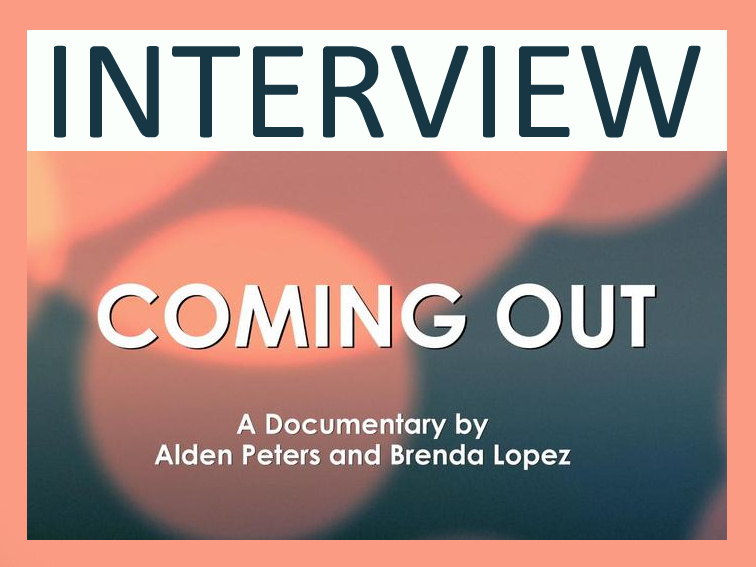 I have always loved the phrase “To Come out of the Closet”
It’s about coming out of hiding and leaving somewhere comfortable to face the trails of the wide and diverse world. Leaving the safe space that can only fit one person, to enter an unending plane of boundless possibilities.
The phrase really sums up the comfort, claustrophobia and limited movement that you have when you’re hiding a part of yourself. And how leaving the closet is as exciting and brilliant as it is daunting and terrifying.

So, what happens when you open that door? Is there a ‘right way’ to do it? What should you be prepared to face?
On Kickstarter right now there is a Documentary Film that aims to discuss this pivotal moment in a queer person’s life in rarely discussed detail. In this interview I meet Alden Peters, the film’s director, narrator and subject matter – a man who has filmed his Coming Out in order to share it with the world.

You can support and pre-order the film on Kickstarter, and check out the ComingOutDoc.com website for updates.

Quality of this interview is sketchy due to come recent storms here in the UK, but Alden’s side is clear, and my side does get better. Some transcripts of my favourite questions can be read below.

Harry: “How much coming out do you do in this film? It seems to take place all over the state, as well as online”
Alden: “My friends and family; immediate family and close friends, I also came out on Facebook, we documented that”
“We’ve been shooting for about two years, covering telling people that I’m gay, as well as before coming out, immediately afterwards, and the longterm afterwards. What people’s thoughts were when I disclosed this, and how they adjusted to the news later”

H: “Do you feel that after coming out over and over, that’re you’re something of a ‘Master’ of the process?
A: “No [laughs] not at all. Every single time, it didn’t matter how many people I’d come out to, I was just as nervous. I could clench up and just kinda blurt it out stupidly – every. single. time. Even with facebook, which I thought would be mostly just tying up loose ends, I was equally as nervous to let all these people know as I was coming out to my family members. Which surprised me a little bit, I thought it was going to be lot easier than it was.

H: “Is that why you feel this film is important? Because there are so many different ways to do it?”
A: “I’d originally, when I decided to film this and turn this into a project, it was something that I wanted to see – I wanted the blueprint in front of me. I wanted to have ‘This is the 1st thing I do, the next thing I do, and the next thing I do, to come out’, it was almost what I set out to make: A step by step guide to how it’s done. But I quickly realised that’s not how it works at all.
A sociology professor of mine, who we talked to on camera, said it best ‘You need to stop asking people what you should do, and figure out what you need to do yourself’”
“Coming out isn’t about telling people “I’m gay, lesbian, bi, transgender” it’s about you and your own personal development, your own self-confidence, and who you are”
H: “Yeah, I reckon this film would have a totally different tone, lighting, music; everything, depending on who did it”
A: “Exactly”

H: “Is there anything you’ve learned over the course of the filming, that you would pass on to someone whose closeted?”
A: “A couple of observations;
– My expectations of how people would react were almost always wrong. Usually being the opposite. The people I thought would be ‘oh that’s great whatever’ needed more time to think about it. And some of the people I was worried about telling and worked myself up about it were really supportive.
You’re obviously gonna be nervous, depending on who you tell, but remember that people can surprise you.
– Be very aware of how people find out; some people I would have preferred to tell in person found out over facebook, and felt left out if that makes sense? It can be perceived as symbolic of the importance of your relationship with that person, which often isn’t the case it’s just how it happens”

Visit kickstarter.com/projects/aldenpeters/coming-out-a-feature-documentary to back this project.