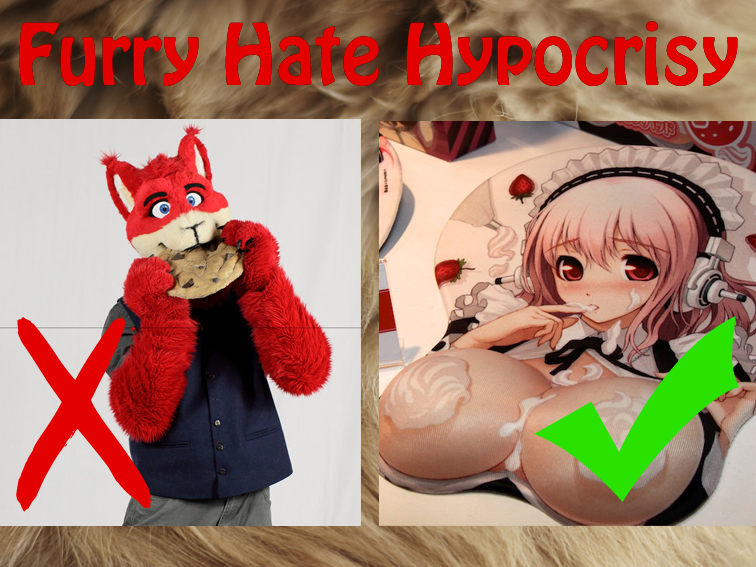 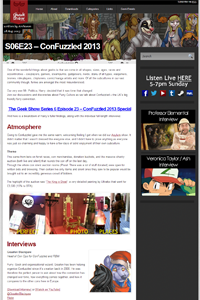 It has been a longtime goal of mine to do some proper research-based journalism into Furry Culture. And at the beginning of June (on my birthday no less) I attended my first Furry Con: Confuzzled 2013, in Leicestershire.
I interviewed, dealered, ate, danced and made merry – and came back with a pretty simple conclusion RE: “Furries are just people who f*k in suits right?”.

The short answer is “NO“, as like any subculture, Furries are a diverse community with varied activities and a series of common interests. Same as Steampunk, Cyberpunk, Gamers, LARPers, ect ect.
For the most part Furries are in general: Creative, passionate, nerdy, fantasy-loving, friendly folk.

I made a pretty full-length post for The Geek Show, and discussed things further during the live broadcast, both of which [Can Be Found Here], but I’d like to add some points of a more adult nature here.

I find it painfully ironic that members of the anime/gaming/geek community diss furries (as a non-specific, example-less, amorphous mass) for being ‘sex obsessed perverts’.

Confuzzled showed that the furry community is very aware of sex, and actually has a pretty healthy attitude towards it – I will go on and on about it until the world burns, but the rule that all artwork in the dealers den must:
a) Tastefully covered and labelled as such
b) Contain no depictions of non-consenting violation
Is probably going to stay with me as my favourite rule of all time, forever.

Compare it to the anime community’s glorification of sex – or moreso, the very concept of sexuality. The number of hyperbolas and misogynist products and moments in anime/gaming/geek culture:
• The number of anime set in high schools that have gargantuanly breasted characters, needless shower/bathhouse/getting-dressed scenes and panty shots. The characters here are usually of-age in Japan (13+) but often under-age in America & the UK (18/16).
Examples include:
• The camera angles and merchandise of High School of The Dead
• When 4 major characters of Code Geass wash up on an island, in episode 19, the men explore and continue the plotline, while the women get naked (to shower, and dry clothes) and just wait around to be found.
• Sailor Moon, 14, and her constant panty shots & naked silhouette transformation sequences
• ALL of the recent Dragon’s Crown debacle
• Breast-Mousepads & Body Pillows [Link] Once again, objectifying, all-ages, and often under-aged.
• The biggest geek Expo in the country last year (an all ages event) had as guests a series of pornographic actresses*, signing photographs of their naked bodies and breasts.

The mature content I saw at Confuzzled (and on Furaffinity later) may have had some very non-vanilla tastes in terms of kink, but it knew damn-well that’s what it was doing.
Is it really right to insult furry culture for self-awareness?

But they do have sex as animals, right?

Only in the same way that “Gays have sex in public toilets”.
It’s an activity of a select number of people, often attributed to an entire group in order to justify pre-existing disapproval. It’s the same kindof thing people tell themselves when they already hate women/gay people/trans* people/ people of colour – that ‘everyone knows’ they’re guilty of some great evil.

That said:
1) This has been said so much that now it’s the first, and in many cases ONLY, thing people think of when hearing the word ‘furry’
2) Unlike anonymous sex in a public toilet, which is illegal, high-risk and smacks of either no self-control, or an active want of danger – having sex while dressed up is and always has been legal. 50 Shades of Grey didn’t become a multi-million dollar worldwide phenomenon because everyone ‘normal’ is having married vanilla missionary rumpy-pumpy for the single purpose of making babies.
Every person I’ve EVER spoken to about sex, has had some kind of kink or preferred methods/turn-ons.

‘Normality’ is a false-concept and I think it’s time people stopped shaming strangers with stereotypes in order to hide their own insecurities or questionings of their own sex-lives. But… What DO they do then?!

The rules clearly state that inappropriate actions are still very much inappropriate, harassments should be reported, keep it in your rooms, etc.

It was summed up pretty easily by a wolf fursuiter I met;
Wolf: “Imagine you have an expensive and custom-made Armani suit. Would you get it messy”
Me: “No way. I’d use it for relevant special occasions and be careful with it”
Wolf: “Very good. Now would you have sex in it?”
Me: “I…I could not afford the dry-cleaning bill”
Wolf: “Neither can the majority of people. You’d need to be pretty well-off and definitely kinked that way to even consider doing something so decadent”

What IS a furry then?

What’s a geek? A steampunk? A gamer?
Someone who associates with that label, and some of the activities related to it, in this case any one of; developing an anthropomorphic character, being an active part of the furry community, having a fursuit, having fursuity-accessories, drawing anthropomorphic artwork, feels it’s a part of who they are or a large part of their life – you don’t need to prove yourself as anything to join in with a subculture.
You just have to go, and enjoy it enough to want to keep going. Simple as.