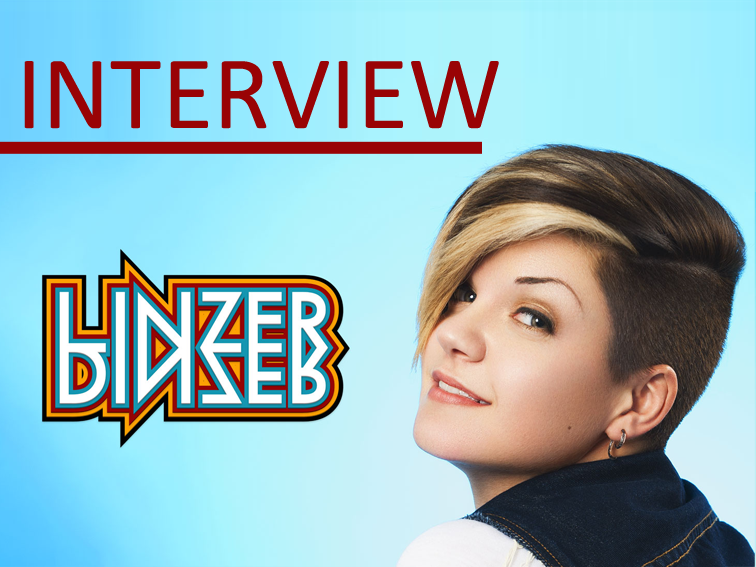 This weekend I interviewed Lindsay Penn aka “The Dinz” for The Geek Show. And for those outside of the know (‘the know’ here referring to my twitter and tumblr profiles) I FREAKING ADORE her biweekly YouTube program and have wanted an excuse to promote her for several months now.

The Dinz has been described best by their VFX artist Kezi, “It’s a motivational speech with sketch-comedy cutaways”. Every Tuesday Lindsay tackles a different topic, and reasons through it with advice, evidence and hyperbolas or example sketches from the rest of the crew.
The topics themselves range from ‘Dinzpirational‘ advice on things like socialising, diet, time management or relationships – to informative explorations of widely-accepted myths or sociological facts.
…tl;dr? It’s smart and funny! Go watch one, you’ll get what I mean:

I have made jokes before about being a rambler and interviewing overly talkative people, but Lindsay honestly could get some kind of award for creating the conversation flow of a tsunami. This interview really wasn’t meant to be an hour long in total but I’m rather happy that it was – and I hope you enjoy it.

And now a rant. Because this show deserves your support.

It’s naively said nowadays that anyone can get into creative professions like music/comedy/art because the internet gives them a platform to show the world what they do with great ease – and while the reasoning is true that more people can ‘follow their dreams’ this way, it’s beyond wishful thinking to believe it’s that simple.
It can take a solid decade of penniless work to gain a fan following large enough to pay for your own survival, let alone profit from it.
Nerdfighteria wasn’t built in a day, and LoadingReadyRun has been around for literally 10 years and the majority of it’s members still have day jobs!

The Dinz has worked long enough to be ready to ask for funding help – each episode is immaculately polished, the topics are meaningful and have proven to help people in their daily lives, and it is painfully funny.
I want to unashamedly urge you to help Unleash this Unicorn – by donating to their Campaign or just sharing their videos around. If you’re stuck for which ones to use, here’s my top-5 favourite episodes:

And if you favour the direct approach in your advice, then try our one of their Advice Shows.