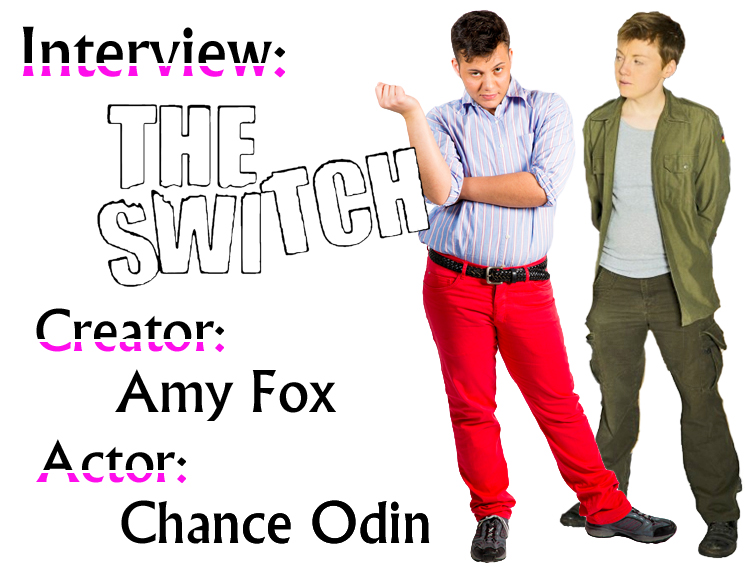 I just cannot get enough of The Switch; the Transgender Comedy that will be hitting American and Canadian television late next year. And while I have plugged it before, when have I been able to resist an interview with some charming and hilarious Canadians?

Amy Fox (Series Creator, actor; Chris) and Chance Odin (actor; Phil) join me for a chat about the show’s origins and development, the Kickstarter’s progression and what we can look forward to in the Season 1 debut.

Not only will The Switch be bringing a transgender lead character to our screens for the first time – Sü will be played by openly trangender actress, vlogger and make-up artist Julie Vu, known on YouTube as Princess Joules.
In fact all the trans characters (it’s hinted that there are quite a few) are being played by trans people.

Whilst the show has already passed it’s Kickstarter goal for funding there are still some great stretch goals to unlock; including featurette episodes voted for by the fans, and a trans guide to undergarment shopping with Juile Vu.