“There is nothing more powerful than this attraction towards an abyss.” —Jules Verne Der-shing Helmer’s Mare Internum is a haunting, gripping and strange sci-fi tale of survival & exploring the unknown. Dr. Michael Fisher’s time on Mars is nearing an end, and to understate; it could have gone better. He’s given up on whatever future there is for him when a chasm opens in front of him – He falls, surrendering to the uncertain, and probably death. But spoilers: Mars is strange. Content Warnings from Page 1 – But without spoilers Der-shing has described this work as a “Dark Survival Comic”; so discretion is advised END_OF_DOCUMENT_TOKEN_TO_BE_REPLACED 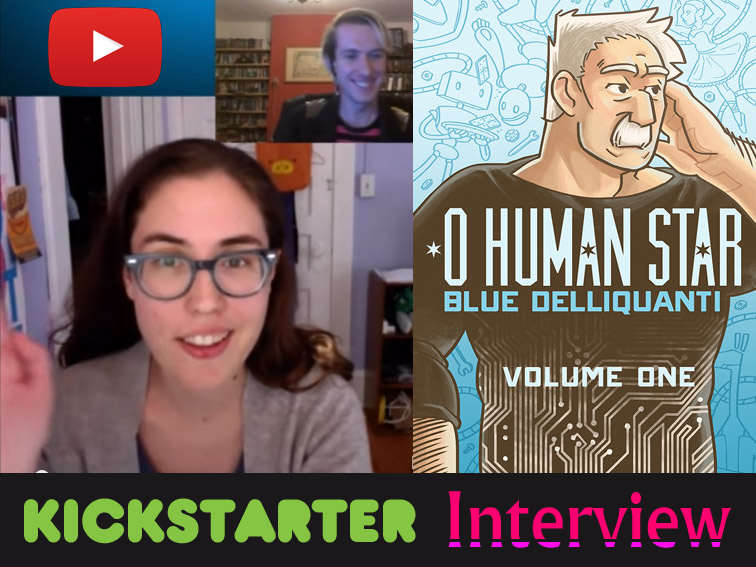 I sit down for another cross-continental interview: This time with queer-comics author and artist Blue Delliquanti. Blue’s comic O Human Star is a clever and beautiful story, following the father of the robot revolution Alistair Sterling, from untimely death to his even more unexpected revival – in a new synthetic body, 16 years later. In this time his work has been continued and expanded upon by his old partner Brendan Pinsky to the point where cybernetically enhanced people and full-on robots have become commonplace. Despite all this tech and progress though, Brendan says he has no idea who could have successfully revived Al, or why. END_OF_DOCUMENT_TOKEN_TO_BE_REPLACED