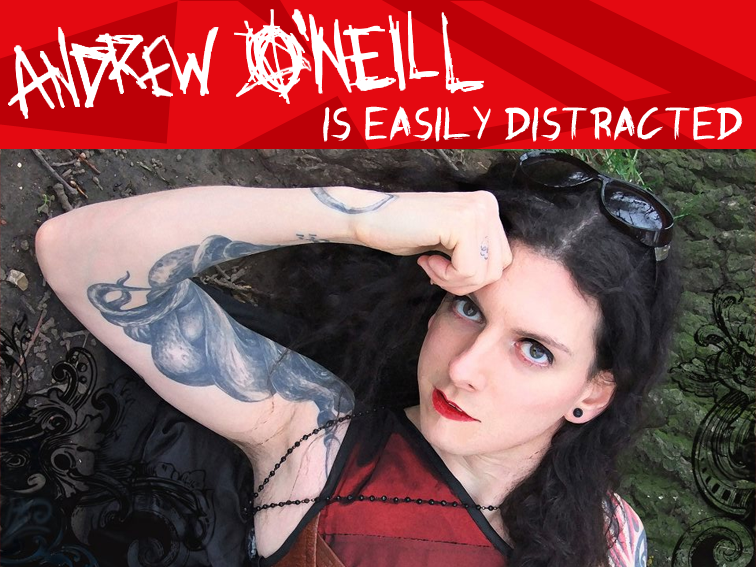 If Brian Cox is “The Sexy Face of Quantum Physics” (which he is), then Andrew O’Neill is “The Sexy Embodiment of Ig Nobel”: His comedy is one of Laughter, thinking and randomness. Back in August at the Edinburgh Fringe Festival I came up with a convoluted plan to see a small part of the show Andrew O’Neill is Easily Distracted, by going to it, leaving after 30mins, getting a taxi to my own show, and arriving late after my friend Simon D. Heaven had done his half first, which I normally did. After being told quite correctly that this idea was stupid I’ve been waiting END_OF_DOCUMENT_TOKEN_TO_BE_REPLACED