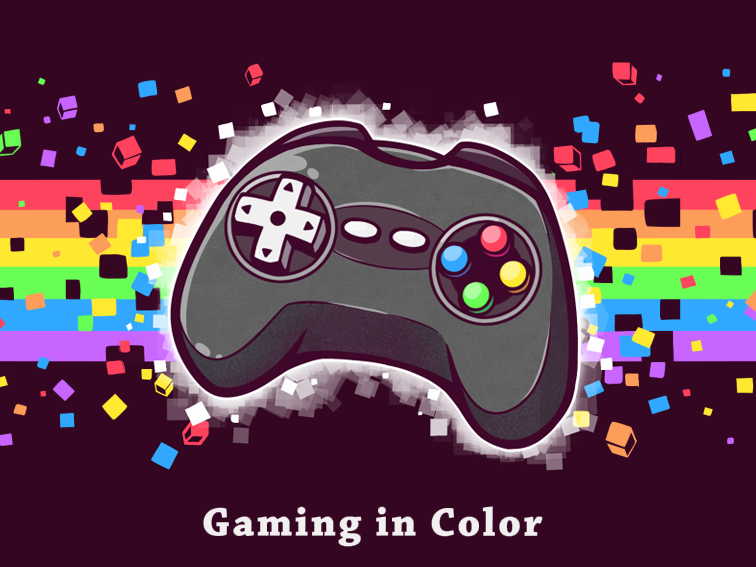 Being in the LGBTQ community, it can be very easy sometimes to feel like one of the Whos down in Whoville; where Horton is your only ally, and everyone else is either out to ignore or destroy you.
Sexual Orientation still isn’t on the national census; so we have no proper statistics about our own existence, homophobic and transphobic hatespeech get published regularly in mainstream news outlets and pretty much all forms of entrainment media seem to believe that bisexuals don’t exist.

And that is why I really, really want to see a good film come out of Gaming In Color.

[youtube=http://www.youtube.com/watch?v=Mscc5-Kc_94&w=500]
The kickstarter aims to raise $50,000 to film a full length feature documentary about “the queer side of gaming and LGBTQ presence in the game industry”.
Director Dave Gil is a pretty accomplished photojournalist and film maker – having worked for major TV networks like Discovery, ABC & NBC. If the trailer is anything to go off he can make a pretty tense topic into something hypnotically engaging.

Visibility and proper documentation are vital to the progression and public understanding of any subculture or minority group. And this film has the potential to not only raise awareness of how good gaming is for people with a need to escape or forge their own identity, but also for just how horrific some of the shameless abuse anyone who isn’t a straight-white-cis-male will suffer from random gamers.

And while it does feel a little odd that the film wants to focus queer culture ‘and women’, I think it’s a good move. Women are victims of some of the most disgusting and unforgivable abuse that random gamers can throw at people, and in a feature that aims to document both the good and bad of our culture it’s a good move to include it.
Think it’s not a big deal? Click [here] or [here] to see my point illustrated.

I don’t just believe that this documentary is a good idea – I believe that it’s important.
So please, check out the Kickstarter, look at the perks and if it interests you throw some coin their way.
Help tell the world “We are here!”

[youtube=http://www.youtube.com/watch?v=DglpqKR5q14&w=500]
They’re also hoping to raise awareness of the film with videos and articles like the one below, where people share their stories about being a queer gamer. So if you want to help out consider emailing them a story too (as I will be doing).
http://www.kickstarter.com/projects/gamingincolor/gaming-in-color