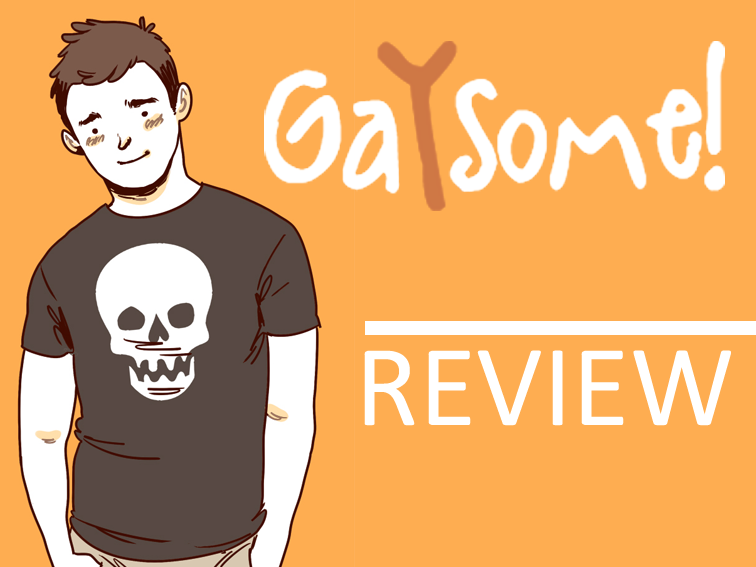 It never ceases to astound me how vocal people are about things they dislike, which they could easily just not partake in. I mean, I could complain to cows about my lactose intolerance – but we’d both end up just feeling guilty and sad.
My bugbear of the day lies with Gaysome, a fairly new webcomic that I really like, which has been put on an indefinite hiatus as the author needs a break from being hated-on for “portraying gay stereotypes“.
Which in the most professional terms I can muster; is complete donkey%^&*$!&fist.
Sorry. That word may be a bit too sophisticated for people outside of the YouTube Comments, so I’ll break it down a bit better below. 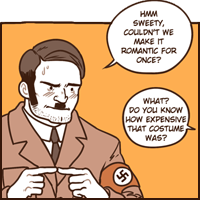 Firstoff, Gaysome uses archetypes, not stereotypes – and there is a big difference.
Stereotypes are traits associated with groups that do not always reflect them accurately; such as policemen eating doughnuts, gay men loving musical theatre and blondes being naturally dumb. Stereotypes are usually considered offensive as they create false beliefs, a lack of realistic portrayals in media and in some cases they even dehumanise people; making them appear to be mentally ill or mere jokes.
Archetypes on the other hand are used throughout all forms of entertainment and fictional media to allow the audience to understand or connect to a character quickly, without a need for lengthy exposition or backstory. They are familiar formats that people will easily recognise – the wicked witch, the forest-loving elf ect ect.

Gaysome is a 4-panel joke comic, so archetypes allow part of the joke to tell itself without dialogue. Why have someone unnaturally state their sexual preference or hobbies when it can just show on it’s own? There’s no time for such rigmarole when we have a joke to get to!
The thing that makes me peeved about Gaysome-hate, is that it’s comics don’t use archetypes as jokes in and of themselves:
– There are strips where characters realise they’re stereotypical and hate it [1]
– In others they acknowledge their troupes but don’t care because they like it that way [2]
– And numerous times the comic has criticised the lack of realism in stereotypes themselves [3] [4]
Furthermore being gay isn’t always part of the joke at all, these pages could work just as well with a straight or lesbian couple [5] [6]
*Or whatever non-binary mix-n-match floats your boat

To end on a high note: Gaysome is one of the few comics out there to explore the diversity and identities within gay culture. Sure it’s a joke strip, and the a lot of the angles taken are very cute, but we rarely get something like this without it being naive or straight-up porn.
Weather you’re looking for that, or just a funny webcomic with likeable characters (…and rather attractive men, I won’t deny) then I really recommend checking this one out. And if you do enjoy it – then tell the man behind it! David can be found through tumblr or twitter below, and could probably do with some well deserved compliments.