My Problem with Ms. Valentine 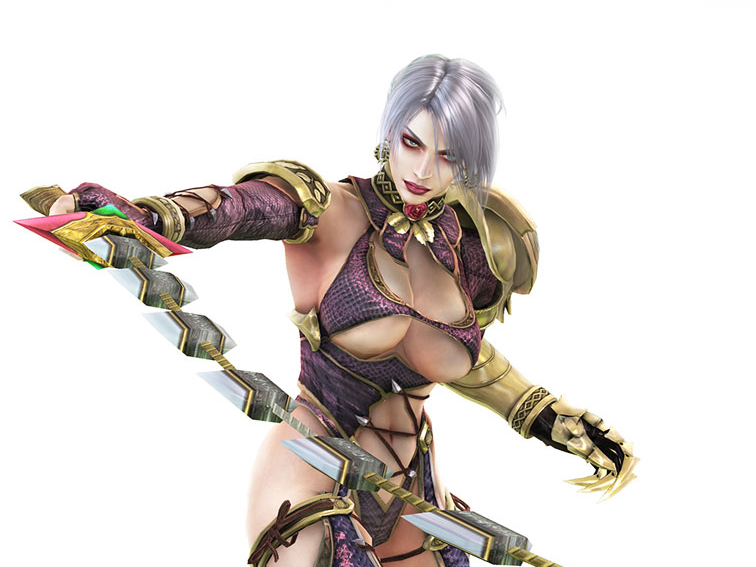 For most human adults these rules apply:

I have no qualms when someone wants the strength to feel safe, the knowledge to feel useful or the look to feel confident. The problems begin when people try to attain these attributes because others are imposing their own ideals upon them. When it comes to video games, which are relatively young compared to other media, sexiness is not just an imposed trait – it is an expected value.

While some criticise Hollywood for the overuse of attractive* actors, such that few ‘normal looking’ people can’t really get their foot in the door, the added problem video games face is that characters are created rather than hired. So if a company is able to build detailed models, why not make them attractive? In addition to this, developers often reuse basic character models for each gender. Producing slim models for this purpose prevents the player noticing that everyone in the world appearantly has the same diet & excersize routines. If all NPCs were fat then the player may wonder why they can’t just set up a cake shop and live a life of luxury. It’s not really sexism or objectivism that makes people pretty in games, just a series of practical measures.

What is sexist, is that these characters ‘decide’ to make wardrobe choices that have no bearing on their profession or personality.

Ivy Valentine is a woman clever enough to learn alchemy and dark rituals without a teacher, but she suffers a sudden lapse of intelligence when she decides that tiny amounts of cloth & sellotape will make great armour against hulking men & monstrosities wielding human-sized claymores. I doubt this is a wardrobe choice she made that morning; since Ivy is not a fast or active character like Talim who needs light and aerated clothes – she would seriously benefit from heavier armour as she attacks from mid-to-long distances. My problem with Ivy is that it’s doubtfull neither the character or developer who chose her appearance, it was probably the marketing department. With the addition of cleavage large enough to be taxable, the game can now be marketed to “straight teenage males”, rather than just “people who like fighting games”. Even though most of the former are included in the latter anyway, making the maneuver debatably pointless as well as detracting gay men and self-respecting women from ever playing the game wholeheartedly.

I don’t hate Ivy’s avatar as such – It’s just unrelated to her situation, fighting style and character: No-one could pick Ivy out of an identity parade based soley upon her story. Which, by the way, is that after a quest for immortality and the pursuit of Soul Edge drove her adoptive father to madness, resulting in the deaths of both him and his wife, Ivy set out to destroy it and take revenge. After discovering what Soul Edge really was she decided to eradicate it instead, to hunt down every trace and remove it from existence; the sword, its fragments and innocent people with cursed blood – which includes herself. It’s hard to believe that she’d actually engage in sex – given that it would make her incredibly vulnerable, and could even result in her getting pregnant. Which would in turn lead to another cursed innocent that she would have to kill.

Compere this to a character whose avatar is relevant and it’s easy to see how much mere appearance can tell you. Chell from Portal 2 says volumes about her situation before you’ve even picked up the controller: Her haggard, tired and joyless face combined with her grimy orange jumpsuit tell you immediately that she works hard, most likely doing something she doesn’t want/enjoy. Her hair has been tied back for so long that it’s fraying out in places. She’s wearing a name-tag which implies that the people around her either don’t know or care who she is. Most subtley perhaps is that despite being to exhausted, her face has no tears, fear or sadness – only neutrality. Her emotions have been tempered to just ‘deal with it’ until she can be free. There is exposition in everything about Chell, just from the way she looks.

This doesn’t mean that a character cannot be visually relevant as well as sexy, they don’t have to dress up like demographic-targeted whores (i.e. Ivy and Paine) just like real women (and men for that matter) don’t. Take Katherine McBride from Catherine:

For starters, her appearance is completely becoming of her character as a dominant, goal-oriented and responsible woman. Her clothes are simple and business-like enough to wear to her job as an Office Manager, as well as casual and comfortable enough for her to wear to the cafe where she checks up on her boyfriend. She’s the type to keep a strict schedule, so it makes sense that sometimes she’s got 3 places to go in a day and needs to dress suitably for all of them. Her impressive height combined with her high-heels allow her to tower over people, granting authority and the ability to confidently give orders. Her hair fits her black & cream colour scheme, giving off subdued tones that are calm and controlled, nothing about the way she looks is unprofessional or ‘loud’.

Katherine dresses very conservatively and her style is in-keeping with her character, but she is also incredibly sexy: Her clothes are well fitted, showing the various contours of her tall form. Her hair is long and clearly very well maintained – she often tosses it seductively out of her face. The forward bangs also frame her bosom, giving them the illusion of a larger size. And with her dominating personality, high-heels and secretarial glasses she embodies the alluring image of an authority figure that has been a constant in mankind’s culture of beauty. Many of these are subconscious tools, and there will be many people are unable to say why Catherine is sexy while fully acknowledging that she is.

The problem I see with over-sexualising characters to hit a certain demographic is that it is often done tactlessly on characters who have no particular reason to act/dress in that way. Between making someone behave completely against their persona and doing it in such a blatant and poorly constructed way (i.e. Lets slap bigger boobs on Ivy) you create a character that no-one is going to like, and will detract certain other demographics from ever wanting to pick up your game.

I mean can you tell me anything about X-Blades from it’s cover art? Seriously, anything at all?
“There’s swords, there’s a girl in it… and it’s SouthPeak are not AAA Company?” ‘Cause that’s all I’ve got here.