On “Damsel in Distress: Part 1” 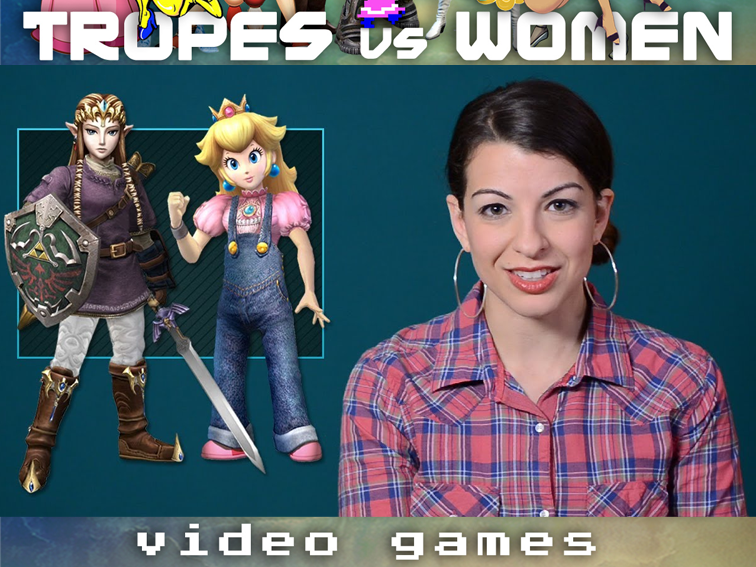 At long last, the first video in Anita Sarkeesian’s heavily anticipated “Troupes VS Women in Video Games” series is up for viewing.

While most people are already aware, to an extent, about how much women in video games are portrayed as romantic interests, sexual objects and weak & powerless captives, it is really informative to watch a series that discusses specific examples in depth beyond what you may already know.

While I do have a few criticisms of this episode, generally I’m happy with how it turned out, it’s a progressive and professional presentation, with a clearly large amount of research and production value put behind it. I’d strongly recommend checking it out if you haven’t already.

For those who are new to Feminist Frequency videos, Sarkeesian’s goal is to present clear and inarguable facts, and then discuss their significance for the media they are part of. She explains terminology and highlights troupes in order to get people talking about certain subjects, with easily understandable but important words.
Great examples I’d reccommend would be her videos on The Bechdel Test and The Smurfette Principle.

Princess Peach
I’m really glad that Sarkeesian discusses Princess Peach so heavily here – I have always found her to be the worst fictional ruler I have ever seen: Neither she puts nor her guards put up any defence against her being kidnapped, and it annoys me.
When Bowser appears at her castle in Super Mario Galaxy to kidnap her, she doesn’t move. AT. ALL. She just goes “oh” and his pulled up with a tractor beam. And then proceeds to send Mario mail (apparently Bowser’s fortress in the centre of the universe has a post office?) with 5 large red mushrooms in it. Large enough to have required a crate in my opinion, which could really be used to sneak out of the fortress – I’m probably being nitpicky at this point, but I really do wonder what Bowser even does with Peach once he gets her? We’ve had a few glimpses of it – and it just seems like he sticks her in a room (that isn’t a dungeon) and then like an awkward teen, fails to talk to her at all.
I would probably be able to accept her as a troupe of a classic story formula if she didn’t have her own horrific game where she uses her hyperbolas emotions, like crying and anger, to fight people and solve puzzles. To me, it’s too much like making fun of a Super Princess Period… which once thought of is kinda hard to un-see.

Princess Zelda
I do want to defend Zelda a little here – while I do like that Sarkeesian gives her credit for at least trying to fight, and having some really powerful alter-egos, there’s another role she often plays that I like: Zelda is very frequently the one asking Link to fight Ganon.
In Ocarina of Time, Zelda has had a prophetic dream, confirming her suspicions of Ganondorf essentially being the antagonist – and asks link to track down 2 magical gems, in order to help her stop him. She’s being strategic here, since she knows leaving the castle herself would being attention to what she’s doing, and being there means she can keep an eye on him.
And then in Spirit Tracks, she asks Link to sneak her out of the castle, as once again she’s the only one to look at the evilest-looking in the room and think “uh-oh”. She send him a secret message, and makes it successfully outside the castle walls before being kidnapped. With her body stolen, her spirit actually helps Link throughout the rest of the game: She serves as his ‘Navi’, as well as possessing Phantoms, to help him fight.
While I do agree that Zelda needing to ‘not be a princess’ to fight is a really big problem, I feel her efforts to essentially play Q to Agent Link are worth mentioning.

Also while I agree with Tom Preston that Shigeru Miyamoto is portrayed perhaps a little too negatively, I don’t feel it as strongly as he does. Japan is a sexist country at it’s core and Miyamoto made a lot of weird but classically formulated stuff. I don’t think he’s being intentionally vindictive – or that Anita is portraying him so, he’s just kinda cliqued.

Finally; while I really don’t want to draw attention to it, Anita has had to disable comments and ratings on her videos, due to continued ‘hating on’ making it impossible for any proper discussion to take place there.
The feedback from the ‘vocal minority’ cyber mob that she has received must be more than a little disheartening.
So if you are enjoying the series I urge you to let her know. Sappy as it sounds, you’d be surprised at just how much a positive tumblr comment or email can brighten up someone’s day.
Her twitter is @FemFreq

To sum it up, Troupes VS Women in Video Games has gotten off to a great start as an informative series that I hope the industry is watching – and I look forward to seeing more from it.