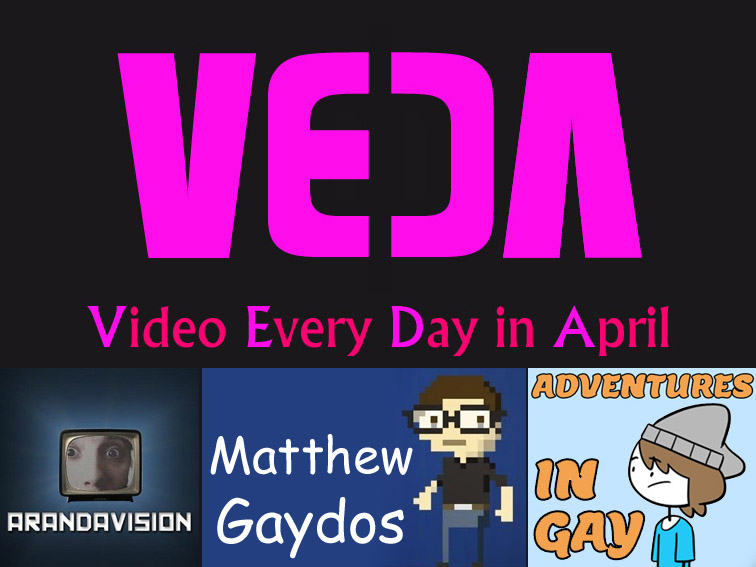 I didn’t really expect to do VEDA (Vlog Every Day in April), it’s usually a thing that rather popular YouTuber’s use to experiment with and evolve skills in their medium. As well have some fun chatting more directly with their fanbase.

I follow two YouTubers who are participating in VEDA this year, co-incidentally both musicians and behind-the-scenes people involved with DFTBA Records and the VlogBrothers.

Speaking of YouTube – artist and animator “Hat”, creator of the Adventures In Gay webcomic, has started his own YouTube channel. It’s funny, interesting, and often rather emotional.

I’m doing VEDA myself, but for Videos every day, rather than vlogs. Rotating between Instant Reaction, Let’s Play Shadowrun Returns and Vlogging.